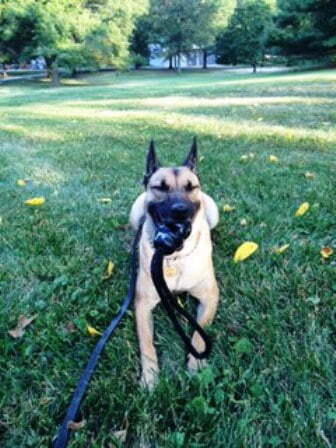 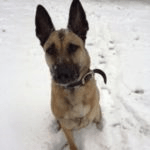 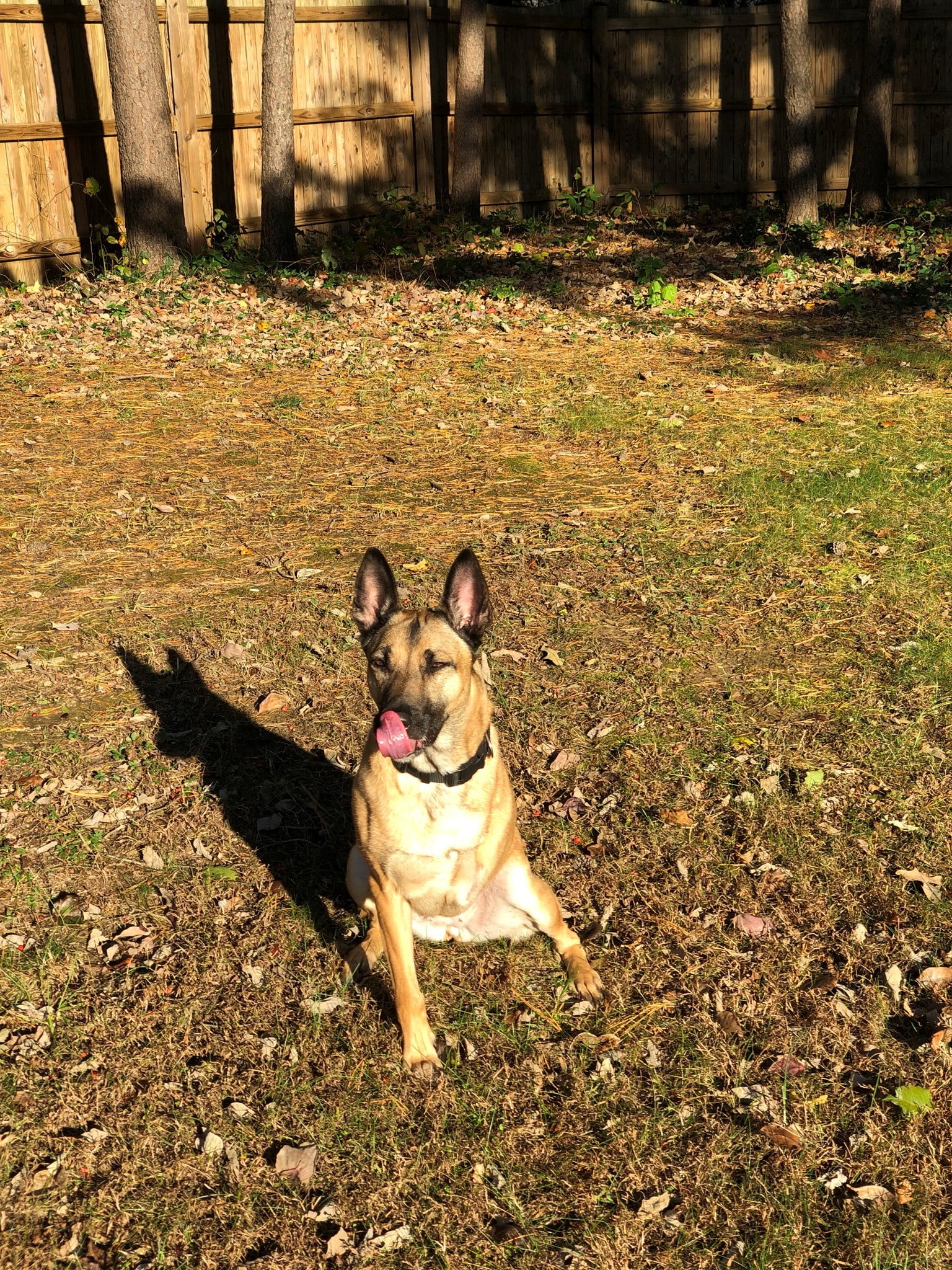 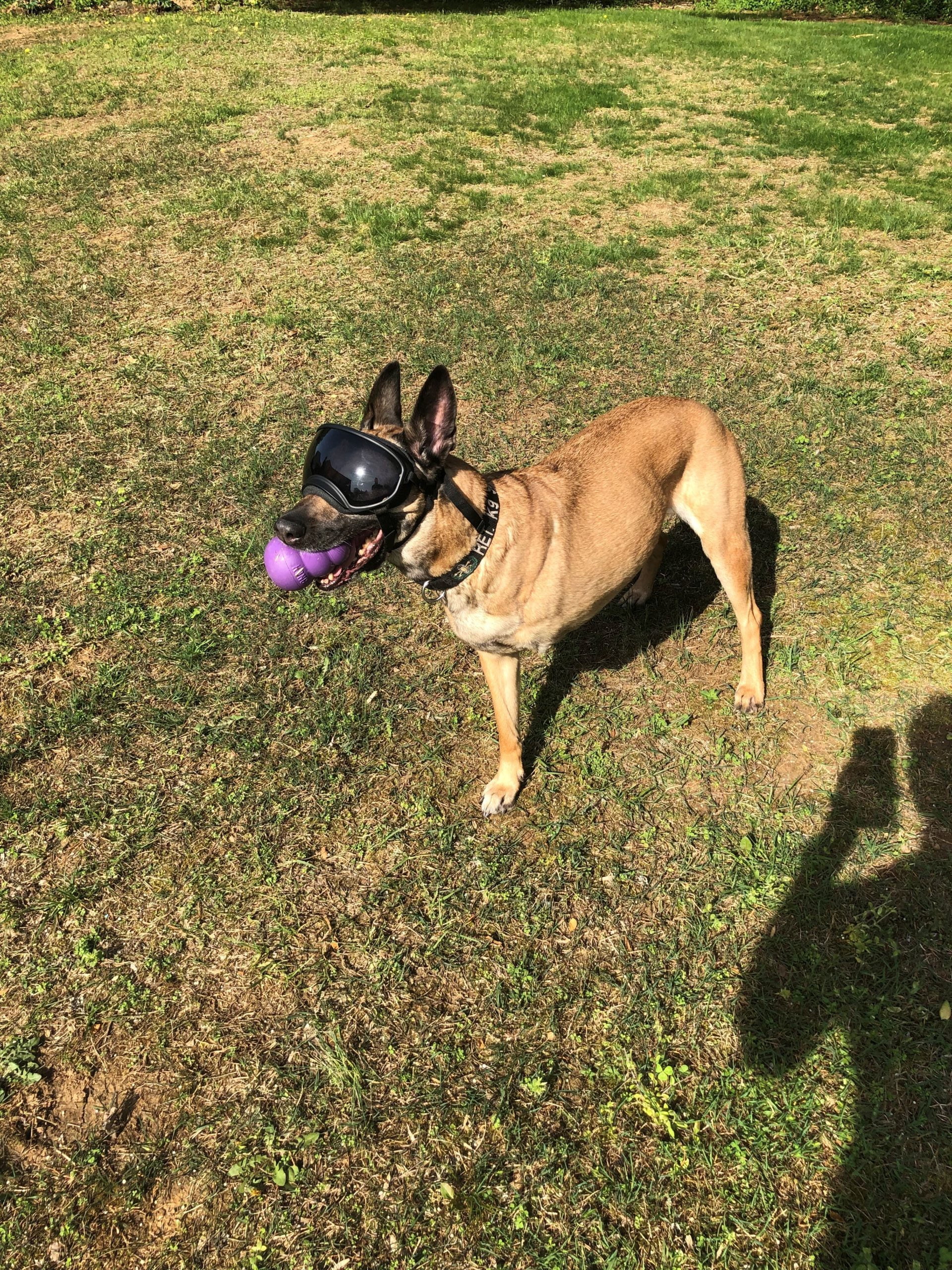 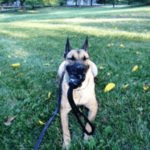 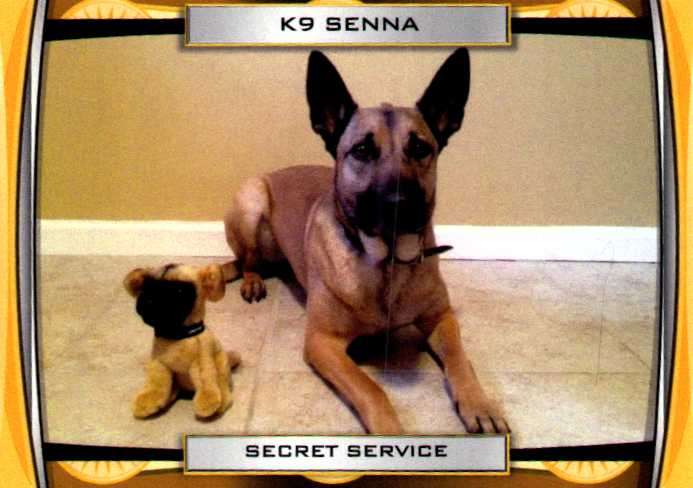 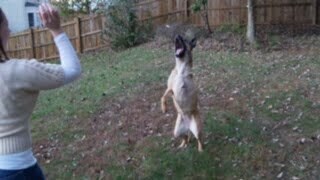 “I bought Senna home on September 10, 2013. She was certified as an explosive detection canine and we graduated training on November 30, 2013. On a daily basis, we swept vehicles at the access points for different secure locations.  We also patrolled and performed security sweeps as needed in the District of Columbia and other parts of the country. On a training day, I noticed that she had a slight limp on her left front leg. We started doing different types of therapy to help relieve the pain in her leg, although we could not figure out what had happened, or what was causing the pain. She continued to work on and off as she could until the end of August 2015. Since we were still unaware of the source of the pain, we had to retire her from work. She had worked for less than two years. In October, we had to make the tough decision to amputate the leg as the only way to relieve her of her pain. After her surgery and further testing, her diagnosis was a rare sarcoma tumor in her shoulder joint. The amputation surgery was the turning point, she is now a cancer-free, pain-free puppy. She runs around the backyard and goes on short walks. She is happy and healthy!” ~Senna’s handler & Mom, Beth