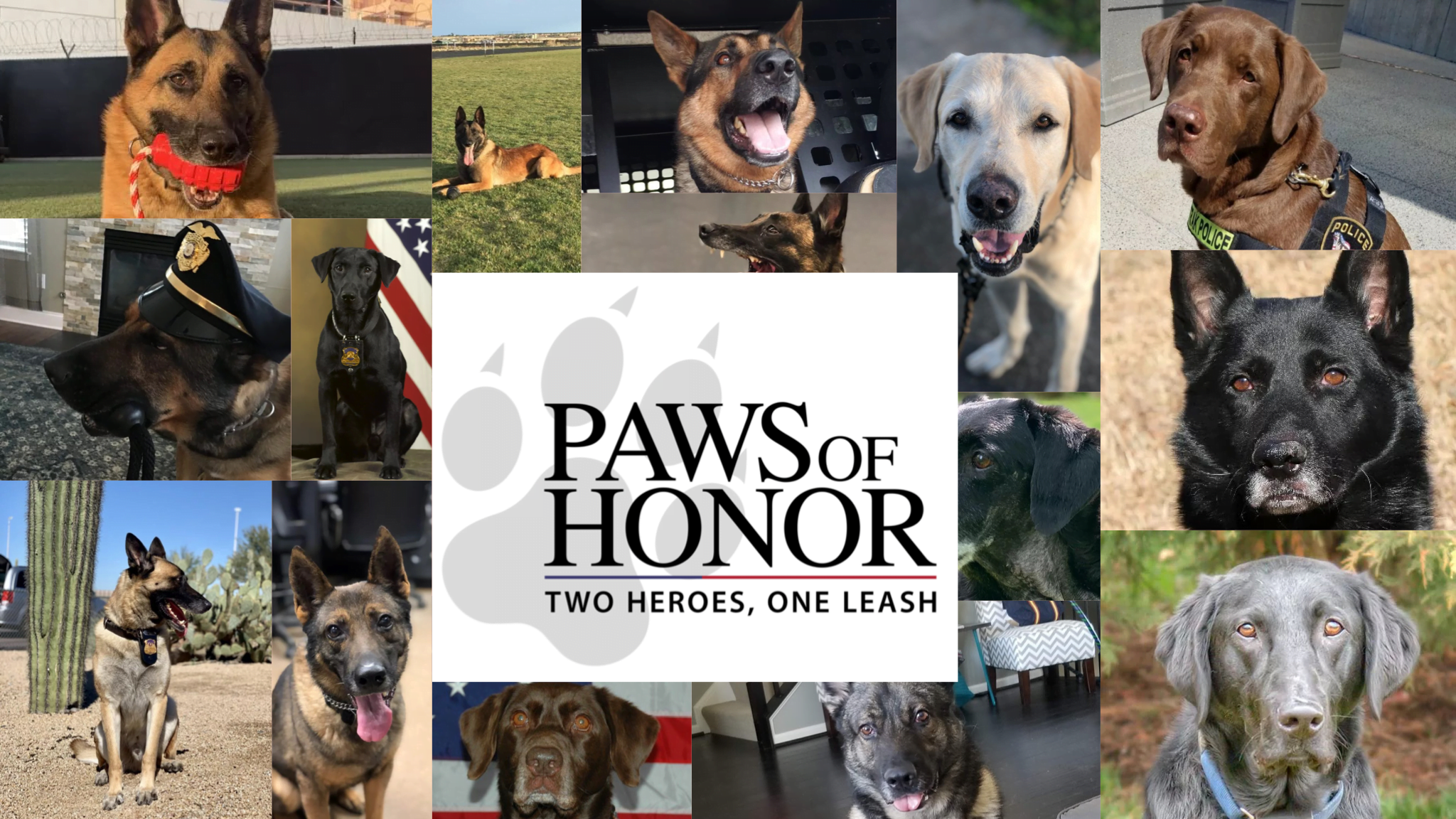 Handler of the Year

Paws of Honor is taking a moment to recognize those that have gone above and beyond being members with a retired K9 enrolled in our Veterinary Care Program.

This year has been especially difficult on nonprofits, to say the least, as a result of the pandemic’s grip on our country. Not only have people been impacted financially, but life in general has been paused and altered for an unknown amount of time, placing additional stressors upon all aspects of living. Since going national last October and expanding acceptance of eligible retired working K9s into the program, we have witnessed first hand the vital need for the service Paws of Honor provides.
In a normal year nonprofits like Paws of Honor would raise awareness and funds primarily by in-person events. Which, even then can be difficult because we rely solely on volunteer time and monetary donations from those that are able to help our mission without jeopardizing their own finances. This year Paws of Honor has depended even more on the acts of kindness in ALL their forms. We have had volunteers, partners, sponsors and donors step up in BIG ways to make sure we could provide quality routine and specialized veterinary care to these most deserving dogs.

One person in particular stands out among the rest helping Paws of Honor selflessly. Proving an example of character and kindness by not only volunteering his personal time, but creating his own events, raising awareness and funds to benefit the Paws of Honor mission. His efforts have proven effective as our staff has heard countless times this past year “I learned about Paws of Honor from” him. He isn’t just a volunteer. He is a Member/Handler, who once had a retired K9 in the program. The key word here is “once.” He has nothing to personally gain from the Paws of Honor mission, however, he has made sure to continue championing the cause!

This award, The Paws of Honor Handler of the Year Award, was created for him as he has set the bar for Handlers in the years to come to obtain it. It is not so much about the trophy received (we are a nonprofit after all) but the recognition of the tremendous effort and selflessness he put in on behalf of Paws of Honor and the dogs in the program.

Brad Wymbs, you have been instrumental in providing numerous opportunities bringing awareness and helping Paws of Honor spread the word of the nonprofits existence. You have single handedly raised a combined total of $20,000 through your efforts in the year 2020 …. during a pandemic. Unreal.

On behalf of Paws of Honor, you are most deservingly the very FIRST recipient of The Paws of Honor Handler of the Year Award. Thank you for everything you have done to help the dogs and your fellow handlers in the program.  You are by far a class act.