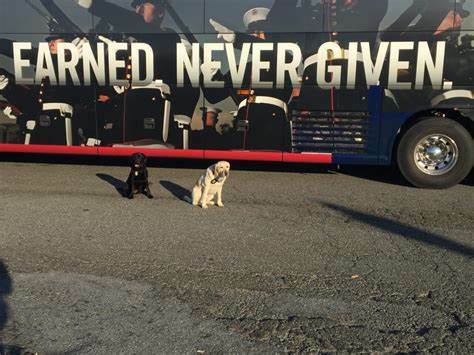 Europa started out her career training to be a guide dog, but was removed for excessive sniffing and scavenging. ATF’s Explosive Detection Program is Food reward based, so these two traits made her ideal for our program. Europa spent 6 weeks with the training staff being imprinted on the explosive odors and then she and I spent an additional 10 weeks learning to work together as a team. Europa was in service from approximately June 2013 until June 2018, she was taken out of service because ATF has started to deploy EDCs with an off lead capability – basically the dogs can be directed to distant objects using had and whistle signals, the goal was for every ATF Special Agent Handler to have a dog with this additional capability. Europa spends her retirement days on the couch and her nights sleeping with my daughter – I also take her to the office when I know there will be many people for her to visit. Since my daughter is home with a caregiver due to COVID-19, she often goes to the park with them during day, up until the time she became sick. Europa deployed to numerous NSSE events throughout the United States including the Super Bowl, Republican National Convention, Presidential Inauguration, and Papal Visit 2015. Europa also deployed to numerous high profile special events in the United States including the Boston Marathon (3 times), World Police and Fire Games, several PGA tournaments, 2015 UCI Road Championship, several Army Navy football games, multiple NFL football games in the Baltimore and Washington DC area, two

presidential visits to the City of Baltimore, multiple Marine Corps Marathons in DC, and celebration for the 200th anniversary of the Star Spangled Banner at Ft McHenry. Europa was also deployed to local events that drew large crowds but not national attention, including Navy home football games, Baltimore Marathon, Preakness as well as local festivals. Europa also deployed to local and national critical incidents including the Eric Frien manhunt in Pennsylvania, Congressional baseball practice shooting – where she alerted to the suspect’s storage locker, an Active Shooter at the Columbia Mall, a shooting death of a Baltimore City Police Detective – where she located ballistic evidence that assisted the investigative team in closing the case, shooting death of a DSP trooper – locating ballistic evidence at the scene, and a school shooting at a HS in St Mary’s County MD – receiving a Unit Citation from the SO for this response. Assisted numerous times at shooting/homicide scenes. Stats: 103 search warrants, 191 investigative searches, 136 protective details/sweeps, 39 demonstrations, 14 firearm recoveries, 50 shell casings Recovered, 406 live rounds ammo recovered, 7 post blast recoveries, 2 items with trace evidence, 1 low explosive recovery – item had been made to look like a replica and one High explosives recovery – claymore mines that had not been properly decommissioned .

In June of 2020 Europa was diagnosed with a Thymoma. She had surgery to remove it, but it had wrapped around her aorta so it was removed completely. She then received daily radiation treatments for a month. We currently are doing 3 month follow up exams. Her last recheck was in November- she’s currently doing well.

To make a donation in support of the Veterinary Care Program at supports Europe’s  medical expenses click the link below. You can make a one-time donation, schedule a recurring gift and even direct your gift to a specific dog: