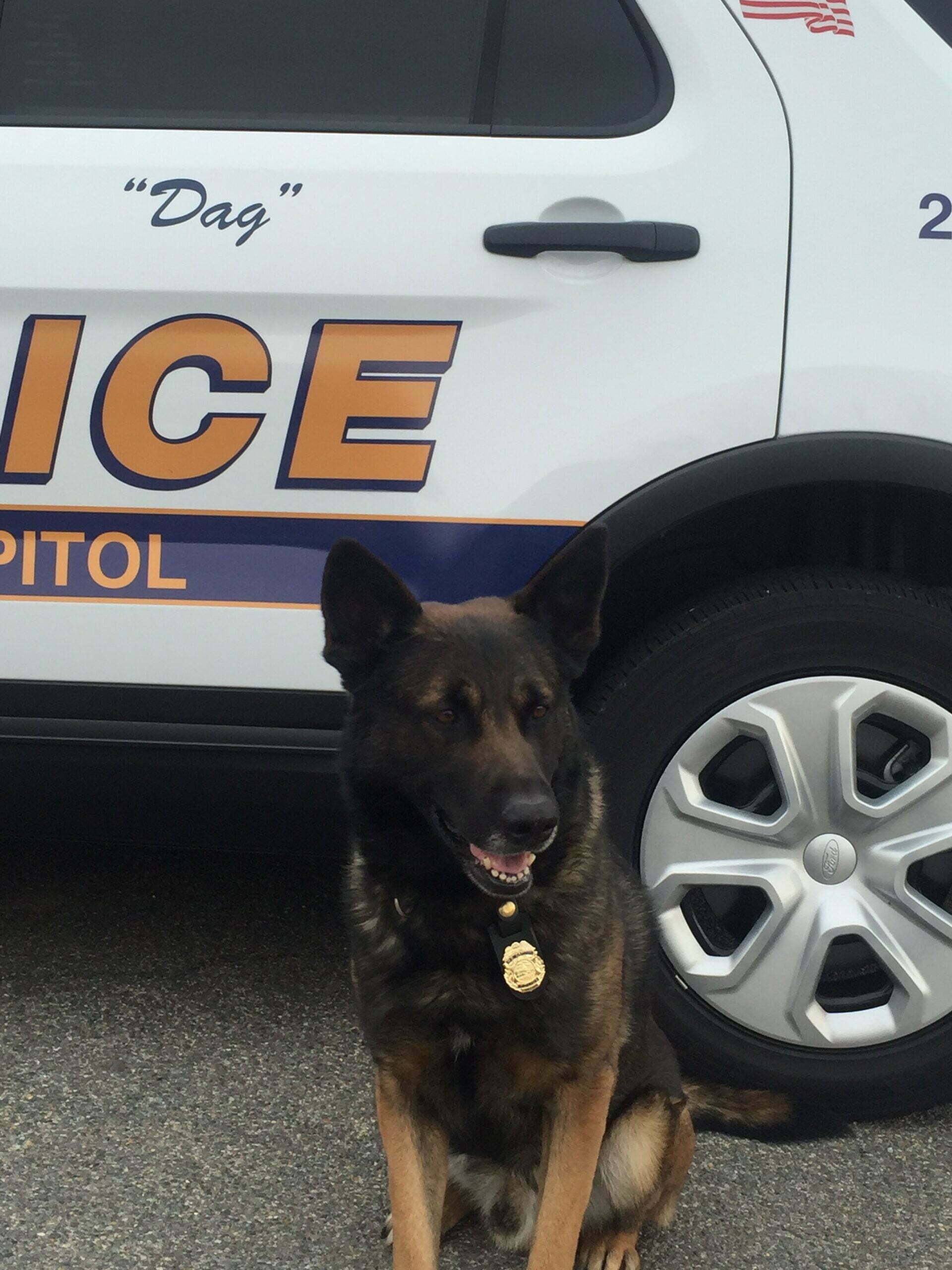 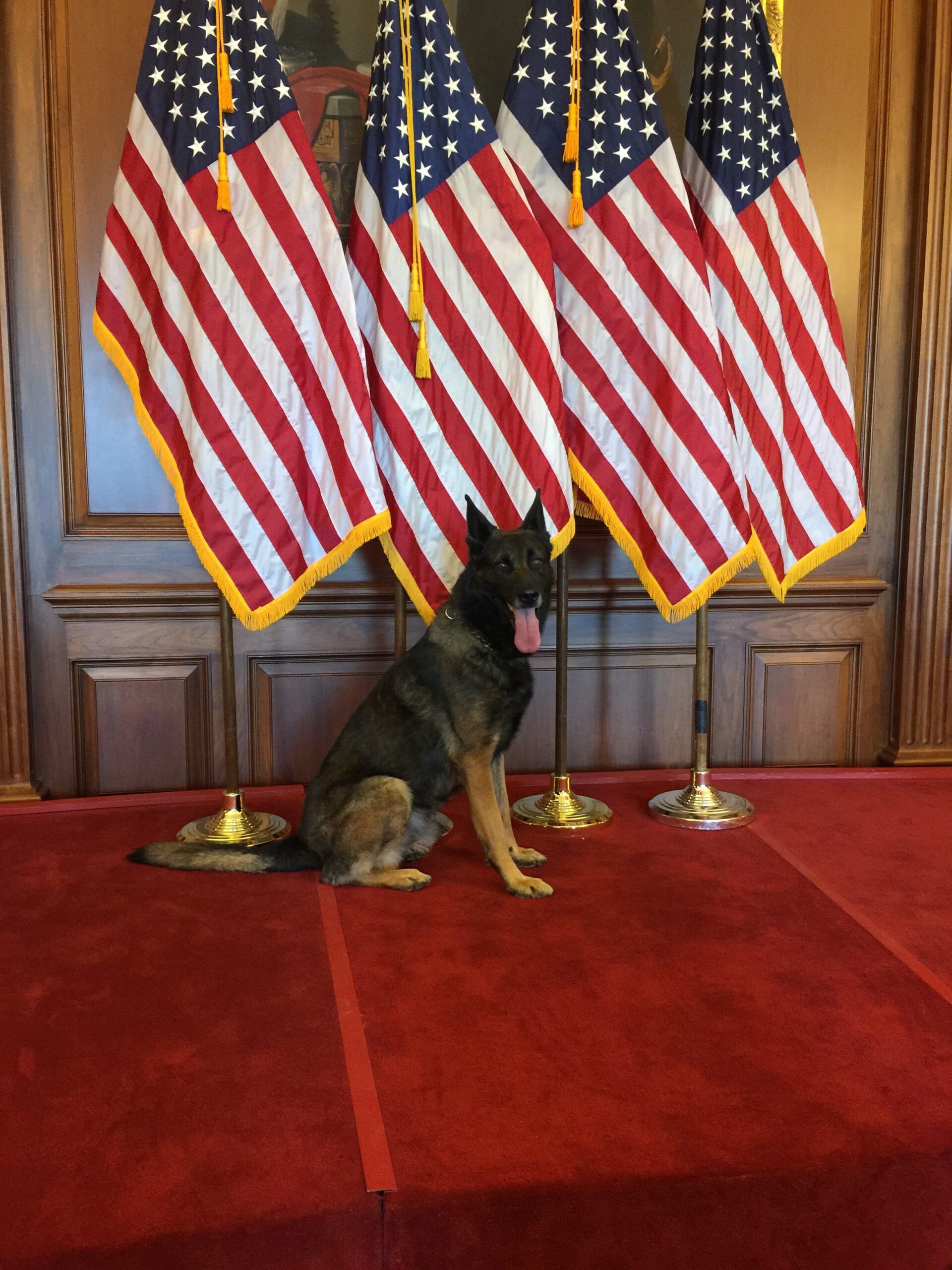 Dag 1 (Dag) was born April 12, 2010 at Lackland Air-force Base. According to his vet records, he has travelled to Ft. Bragg, Ft. Knox, and Yuma Arizona. He spent this time with the U.S. Army assigned as a TEDD Dog. From January 2012 to October 2012 he was deployed to Afghanistan where he provided Explosives Detection for his assigned unit. He came to the U.S. Capitol Police in the spring of 2014. He and I were paired together that fall. During training it was apparent that he was good at his job. He has PTSD, which manifested itself in a few unwarranted bites to kennel personal prior to U.S. Capitol Police. Under my care, the PTSD has diminished but he still does not like thunderstorms, fireworks or any unusual noises from household appliances. He provided explosive detection service for the congressional community, foreign dignitaries and visitors to the U.S. Capitol complex. Upon retirement he has adapted really well to home life with long naps and by enjoying the backyard and family.

To make a donation in support of the Veterinary Care Program at supports Dag’s medical expenses click the link below. You can make a one-time donation, schedule a recurring gift and even direct your gift to a specific dog: