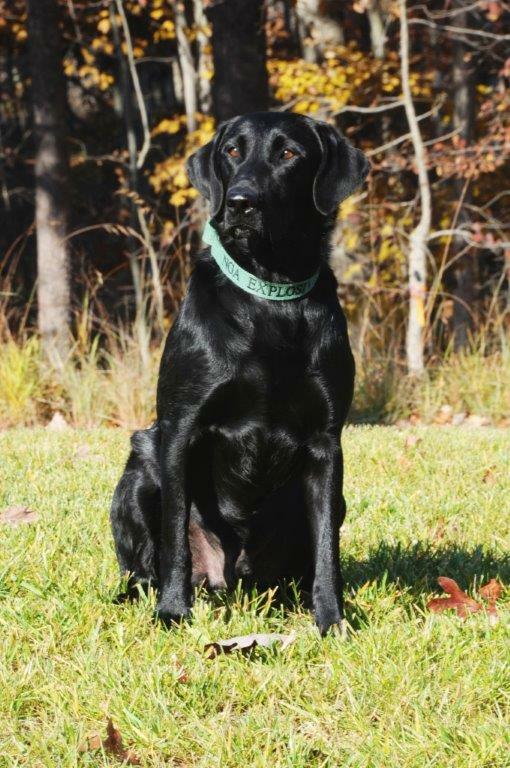 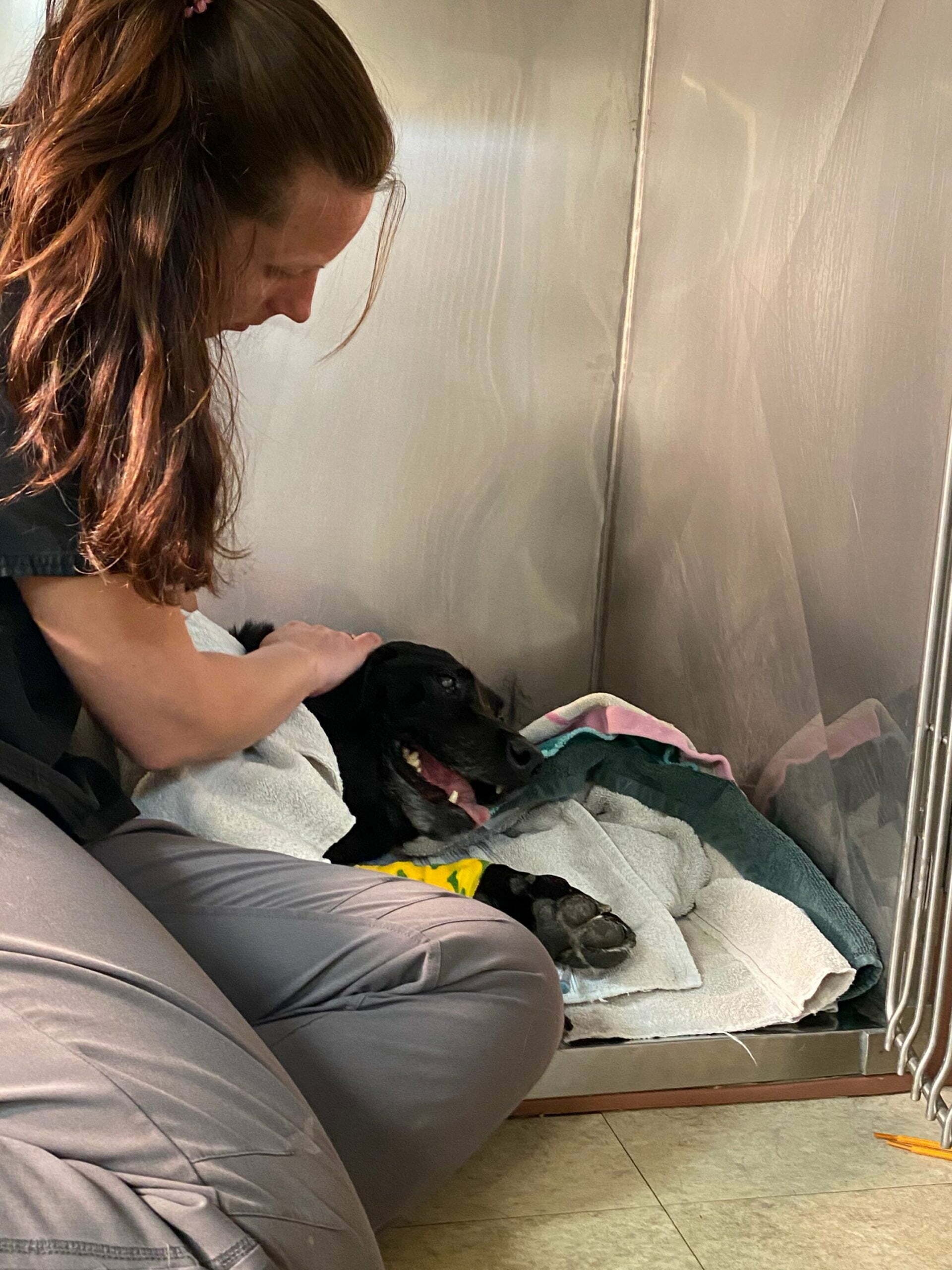 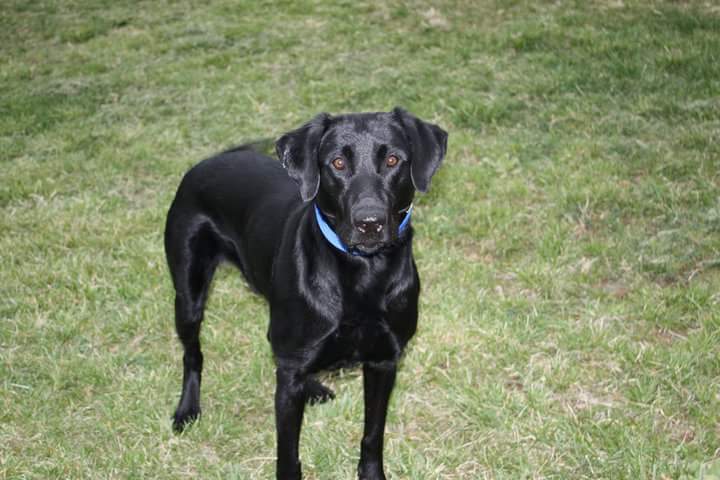 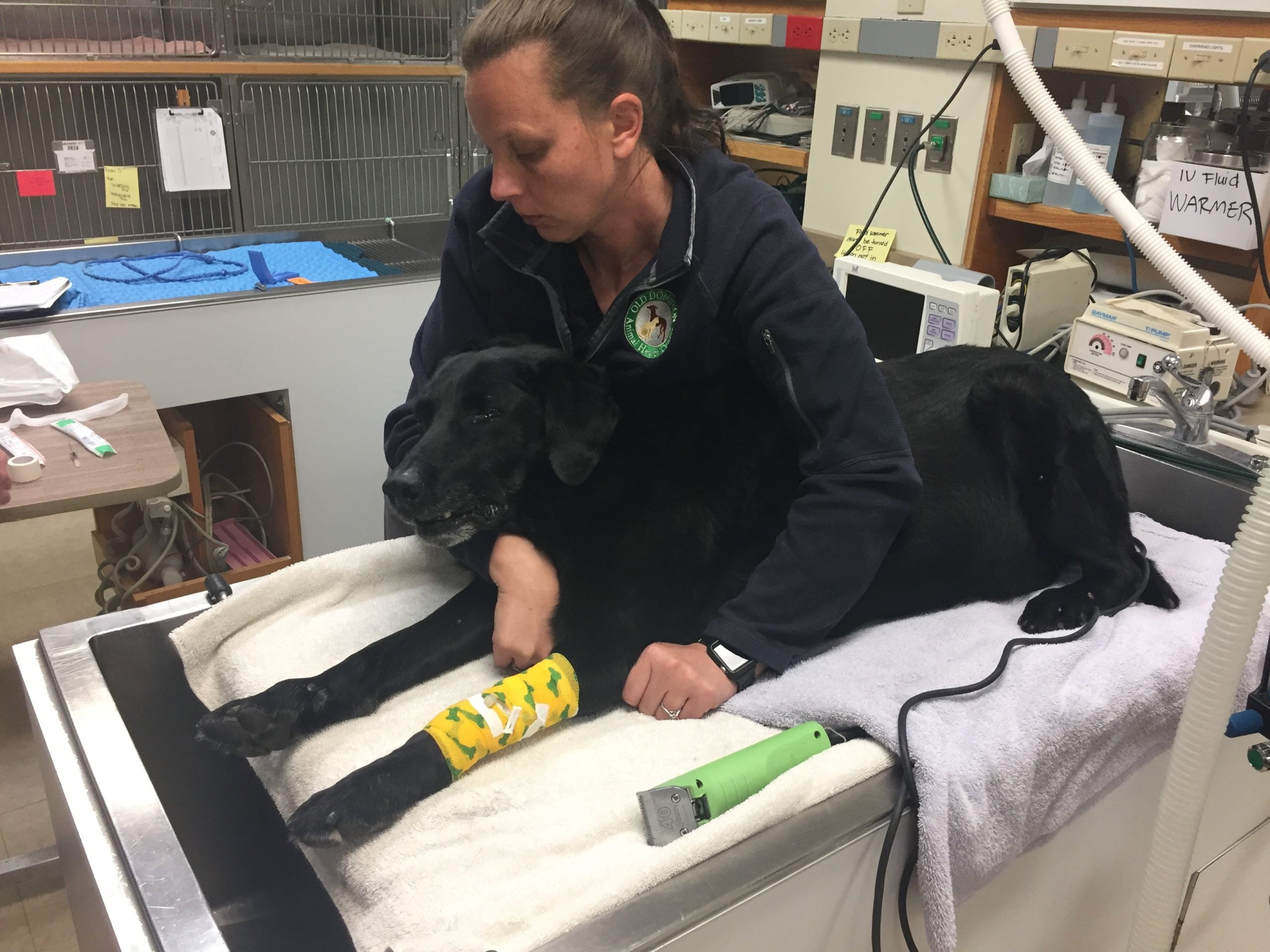 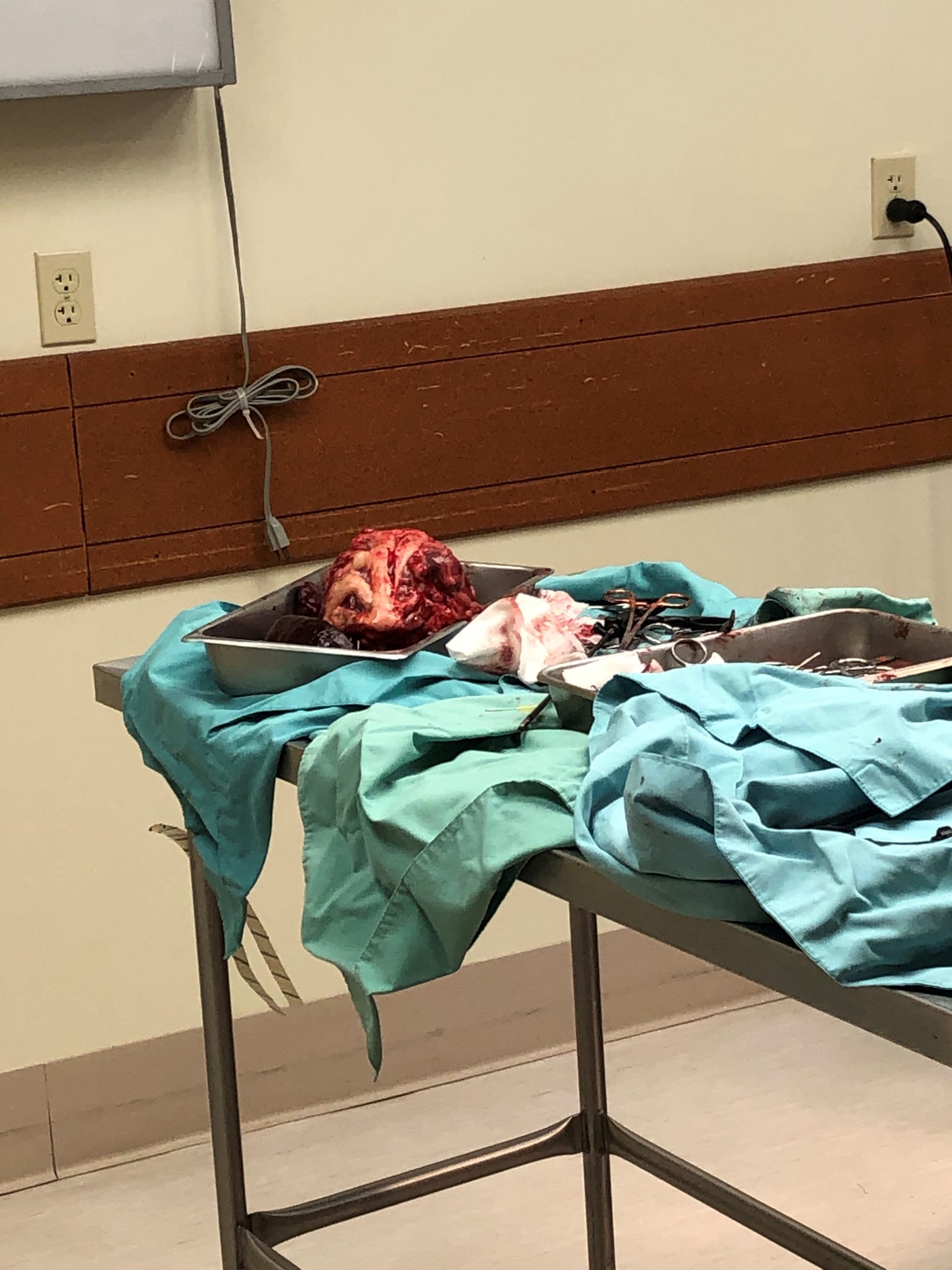 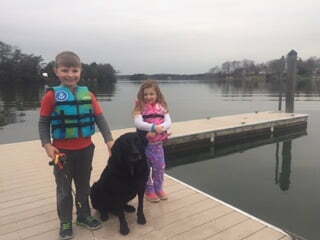 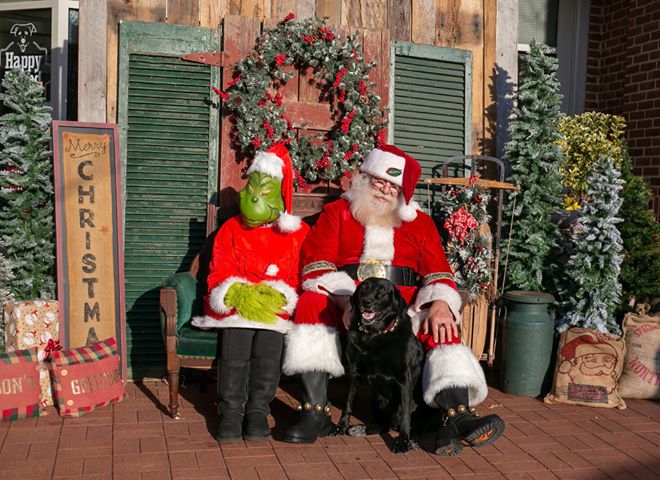 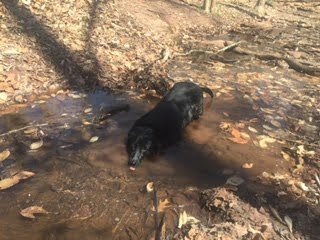 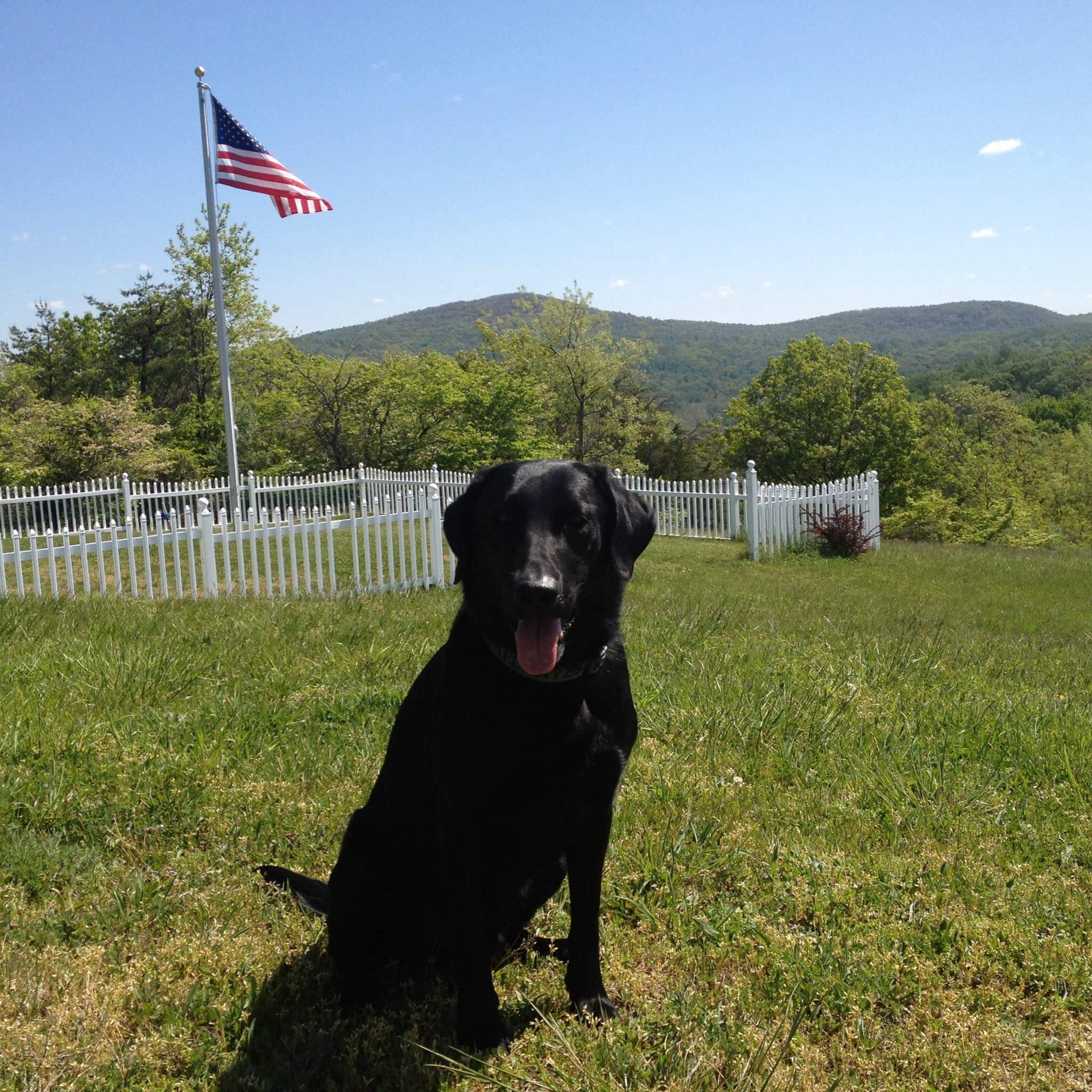 was”Cody and I met at the Bureau of Alcohol Tobacco and Firearms (ATF) K9 Training Facility in Front Royal, Virginia in March 2011. Cody started off as a hunting dog in Canada then was purchased by ATF in 2009 from a breeder in Florida. Originally, he was trained as part of the Suicide Bomber Initiative and switched over to Explosives Detection through ATF. He completed extensive training, events, inauguration, demonstrations, and assignments in the Washington DC area. He became my partner and has since become a special family member.

He truly is our child and treated as such. We take him most everywhere we go, include in family pictures and lots of times our vacations are planned with him in mind. Cody retired from the Federal Government in March 2014 at which time the government gave me paperwork stating he was officially retired and now our financial responsibility. Some might think he’s just a K9, just another dog. Professionally, Cody has been a hero to our country, but personally, he’s been my hero. Retirement was quite an adjustment, but we try keeping him active outdoors: playing ball, hiking, swimming, and he loves the snow!” -from Cody’s mom Carrie.

Cody came into our affiliate hospital Old Dominion Animal Health Center on Friday, April 17th, 2020, for a wellness check due to soft stool, anxiety, and bloating. X-rays determined he had a large mass in his abdomen, and he was sent for an urgent ultrasound at the specialists to determine more.

Thankfully the mass had not ruptured and he had an emergency splenectomy, removing his spleen. The surgery took over 3 hours and was much more complicated due to his prior scar tissue and abdomen fat (Cody’s had numerous surgeries since joining the Paws of Honor Veterinary Care Program in 2016). The mass removed was the size of a child’s basketball and a biopsy was performed on his liver and intestines. The biopsy samples were sent out for testing. Should the mass be cancerous we have hopefully bought him some time and made him more comfortable. It was decided that Cody remained in the care of Old Dominion Animal Health Hospital.

Friday morning 4/24/2020 the Doctors reported that Cody was running a temperature of 102.8 but there are no signs of infection at that point. He was throwing some heart PVC’s, which are not uncommon after this type of procedure. Premature ventricular contractions (PVCs) are extra heartbeats that begin in one of your heart’s two lower pumping chambers (ventricles) and disrupt your regular heart rhythm. He is very bruised from all the spots they removed to get to the mass. Cody isn’t recovering as good as most due to his age and the surgery was extensive. He remained at Old Dominion Animal Health Center receiving the best possible care from their staff.

By Friday afternoon 4/24/2020 Cody was still running a 102-103 fever and began having a discharge is coming from the incision. They have sent a sample of the bacteria off for culture to identify what kind of infection they are dealing with and what medications it was susceptible to. They added additional antibiotics (3 now) with the hope to help with his temp. The PVC’s seem to have resolved.

Sunday night 4/26/2020 Cody took a turn for the worse, his incision dehisced or opened up and his tissue was coming out. He was immediately transferred to Hope Center Emergency Veterinary Hospital for immediate surgery. The surgeons had to open the entire incision from chest to genitals to confirm everything was still stable before placing drains and a vacuum seal over the incision to secure the sutures held.

Monday 4/27/2020 They took him for a brief walk but he’s very tired.  He’s stable, eating well, still has loose stool.  The results from the first round of biopsies last week and they were all benign so far!  We are waiting on the biopsy from Sunday nights mass on his liver.  He has surgery again tomorrow most likely to either remove the tissue that was exposed or re-enter it into his body again (its been in a vacuum seal with a drain since Sunday night’s emergency surgery).

Wednesday 4/29/2020 Cody had his 3rd (yes, third) surgery in 8 days on Wednesday. The doctors said everything looked very good and that he should recover with no long lasting ill effects. The vacuum seal was removed and surgical site was progressing as it should. If all continues to go well Cody could be discharged soon.

Friday 5/1/2020 Cody has been discharged and is home with his family! He has been an absolute trooper though this whole process and we could not be more pleased with the care he has received and the outpouring of support his family has been shown.

In 2017, they assisted with 3 surgeries within 6 weeks at over $7,000.00 as a result of a malignant mass cell tumor on his abdomen. He fully recovered and continued living his retirement life, swimming, playing ball, and loving life. 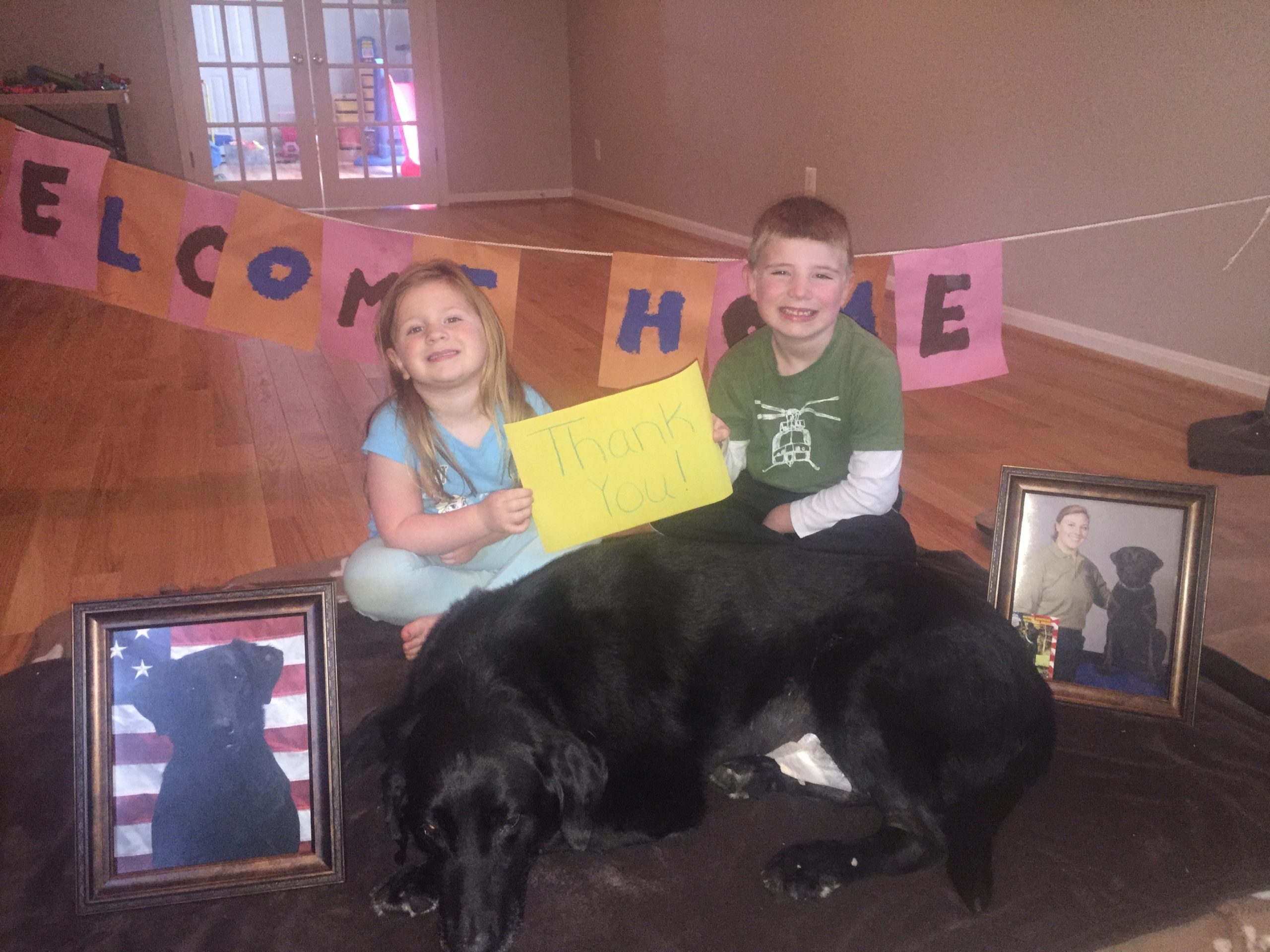 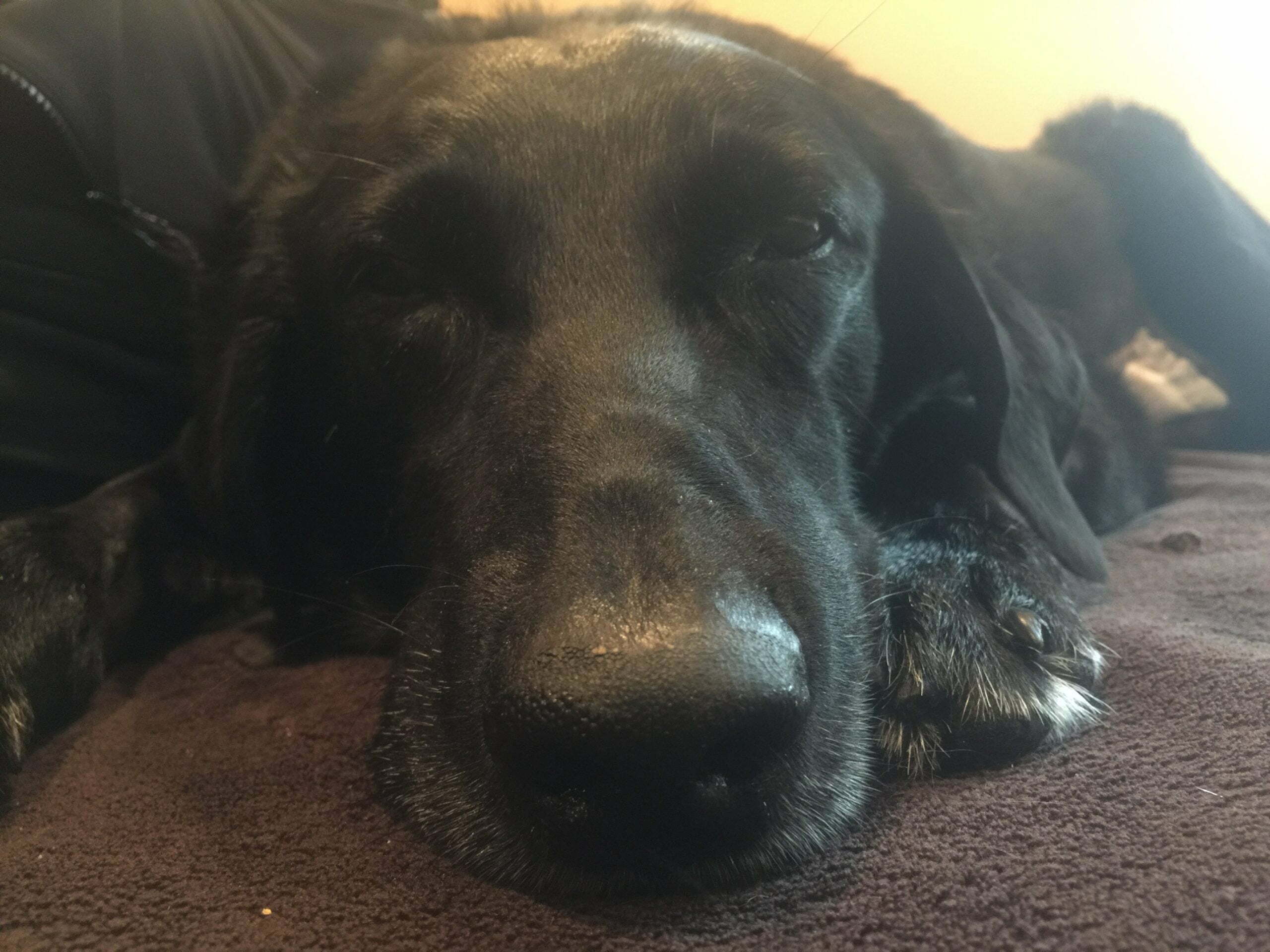