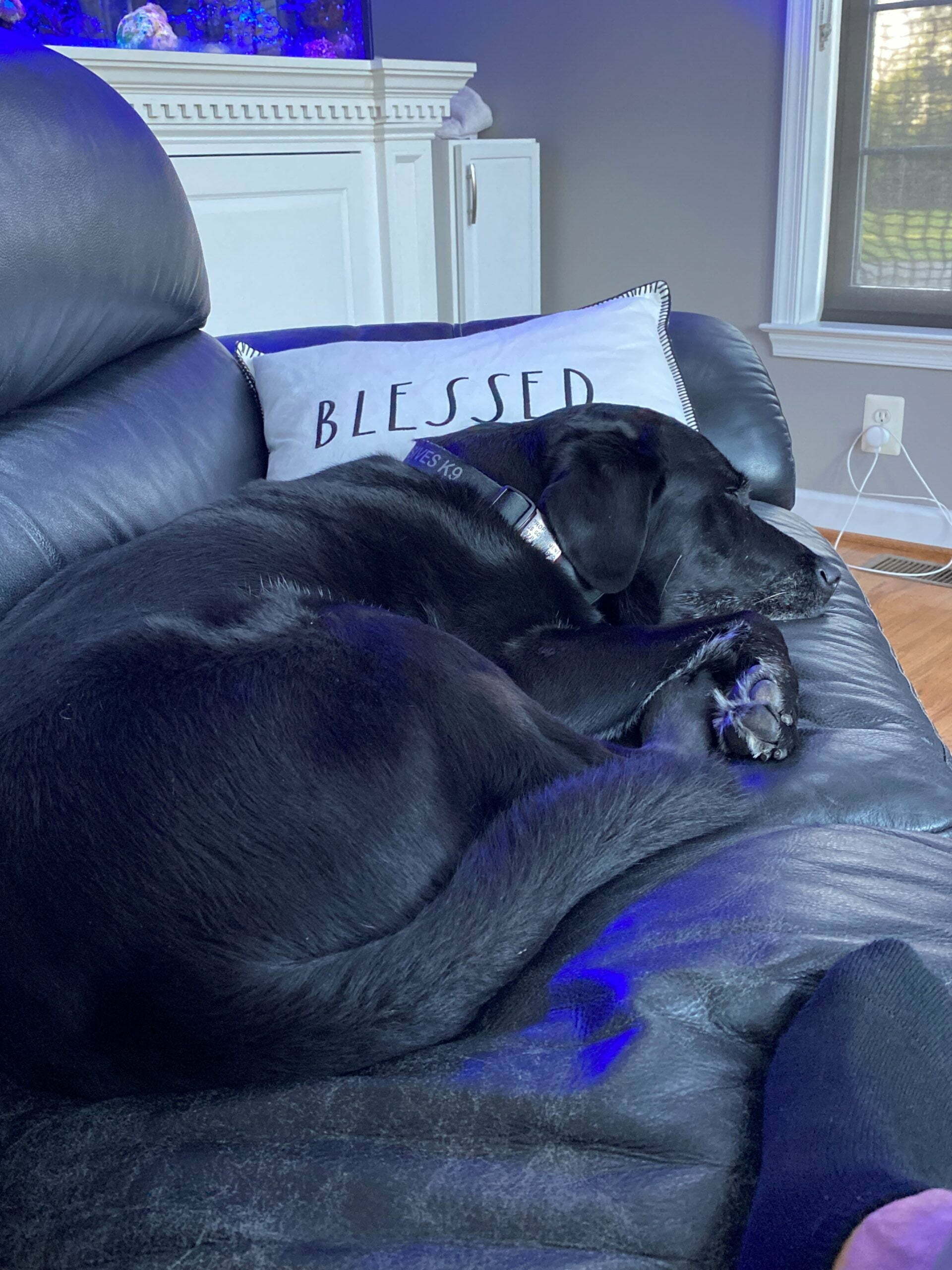 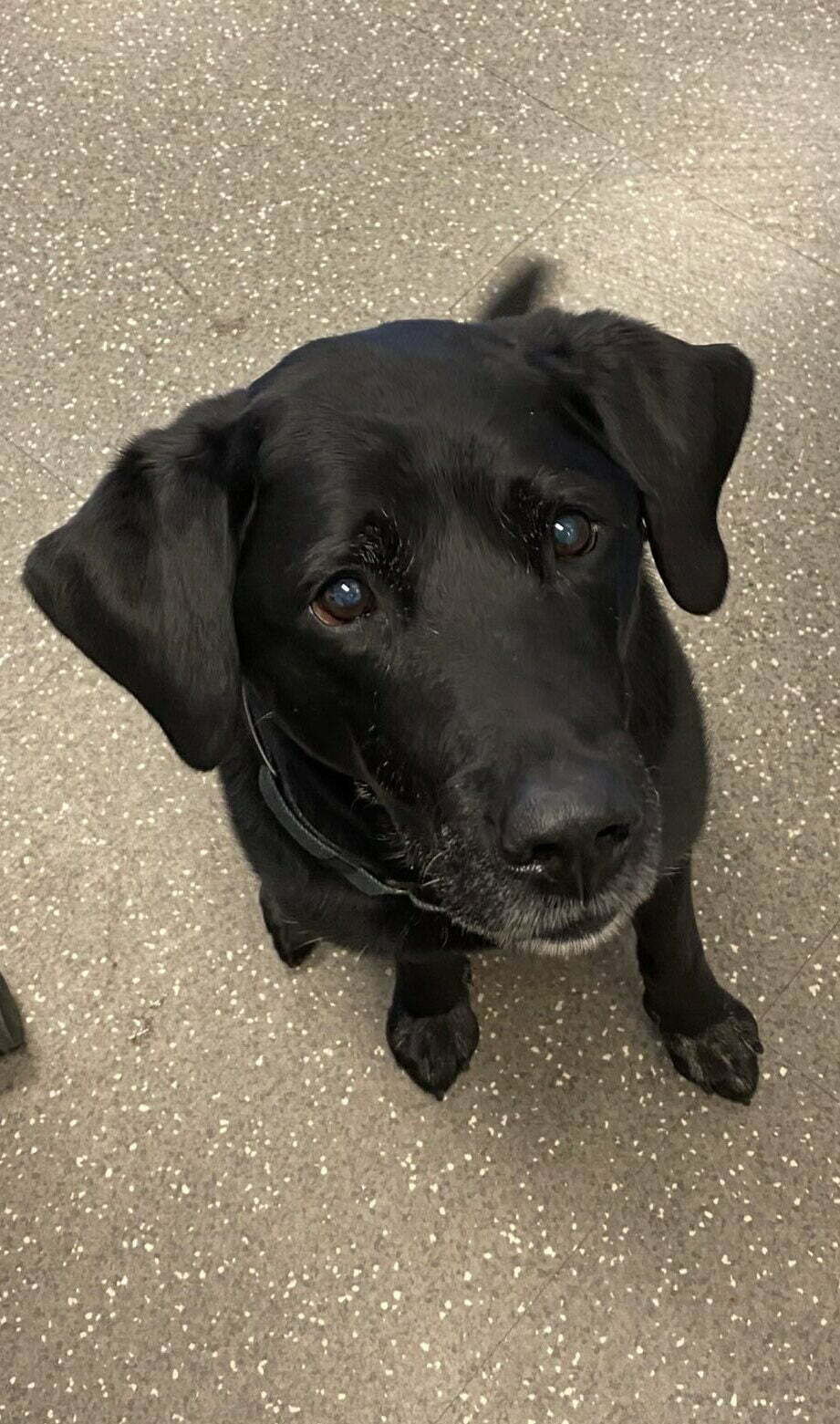 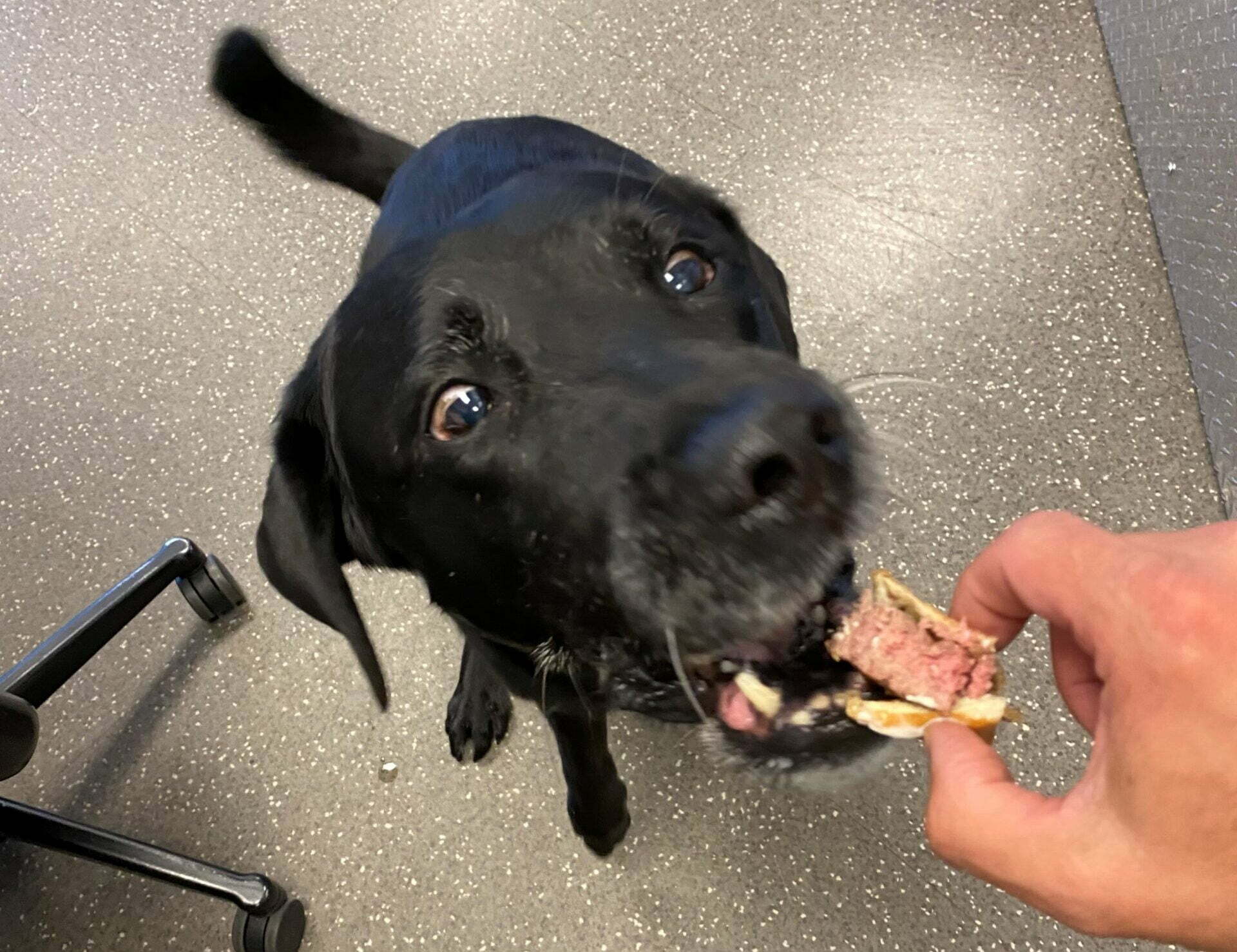 Chad originally began his life as part of the Guiding Eyes Seeing Eye Dog program but it was quickly discovered he was not a good fit. After flunking out he was picked up by another organization. His aptitude for scent work was quickly discovered and he soon excelled as an explosives detection K9. Chad went on to work 7 long years for the NGA or the National Geospatial-Intelligence Agency.

Over the years, Chad has worked multiple bomb threats, Marine Corp Marathons and searched thousands of vehicles and packages. Since retirement, he has discovered pup cups and cheeseburgers, which his dad thinks he likes more then his dog food. He now gets to sleep in the bed with his family’s kids at night and is definitely enjoying it.

To make a donation in support of the Veterinary Care Program and to support Chad‘s medical expenses click the link below. You can make a one-time donation, schedule a recurring gift and even direct your gift to a specific dog:

*based on funding availability.