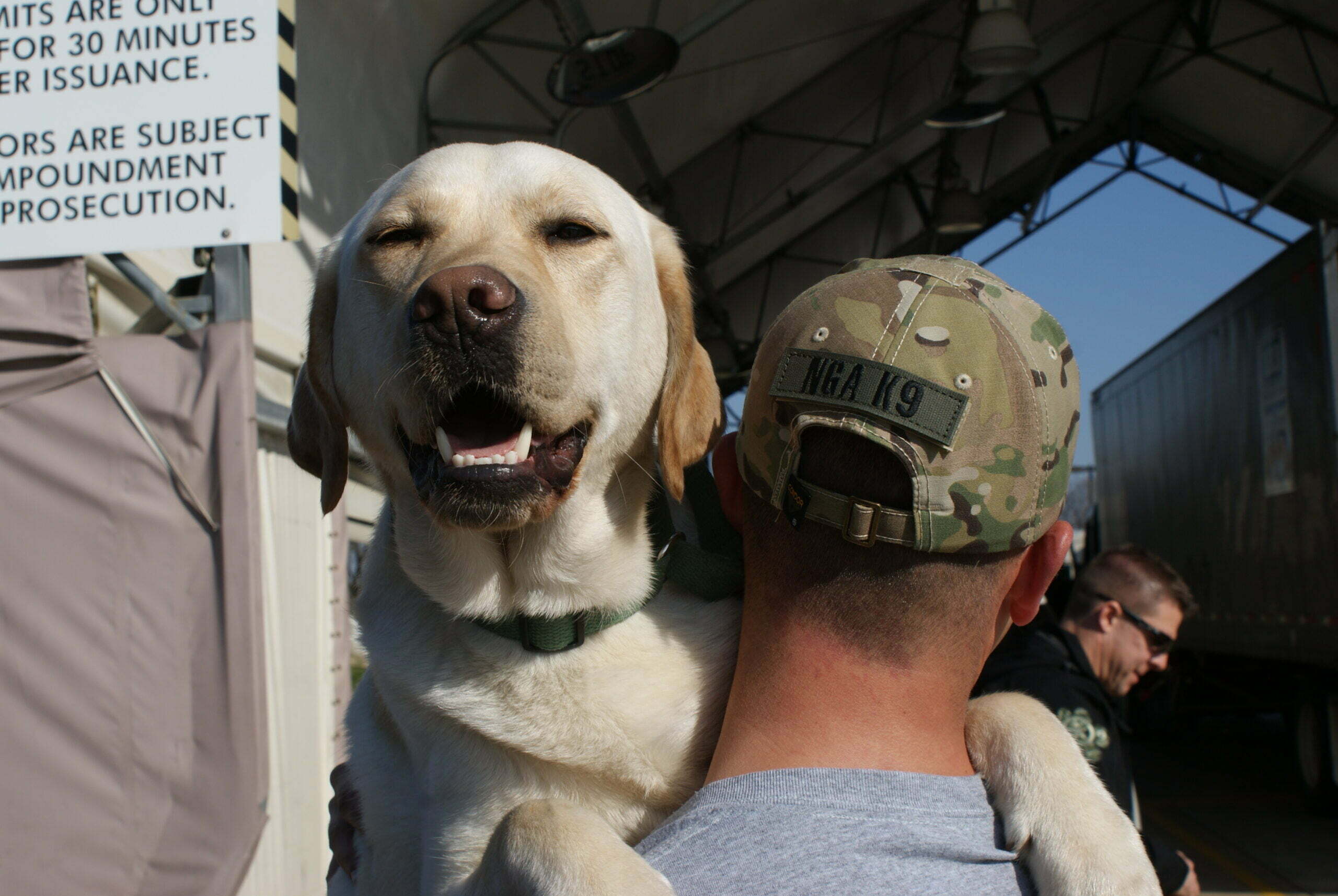 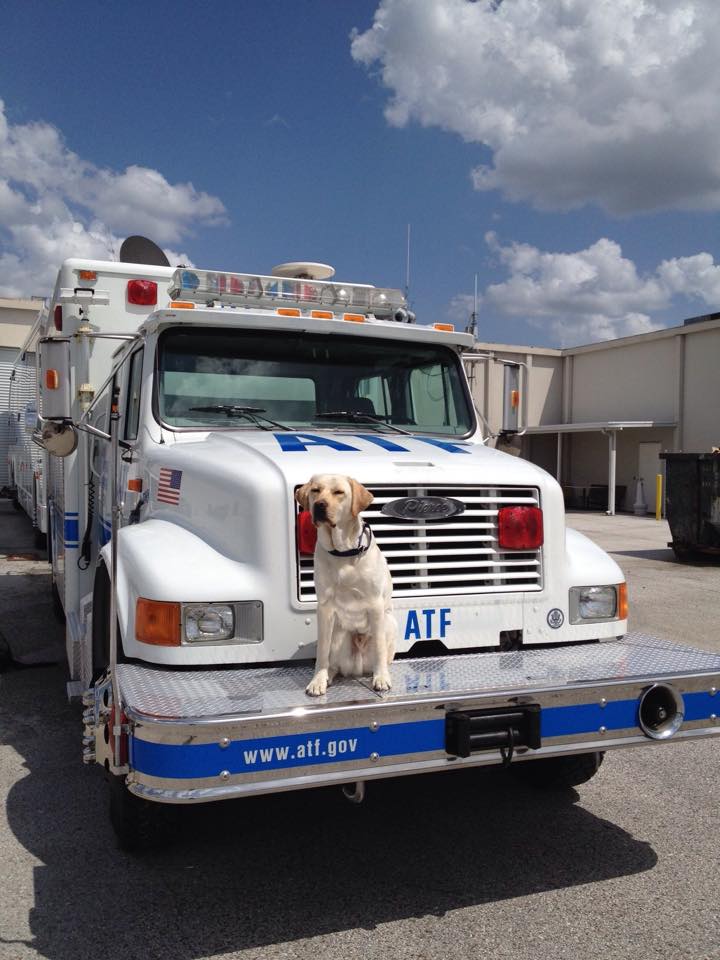 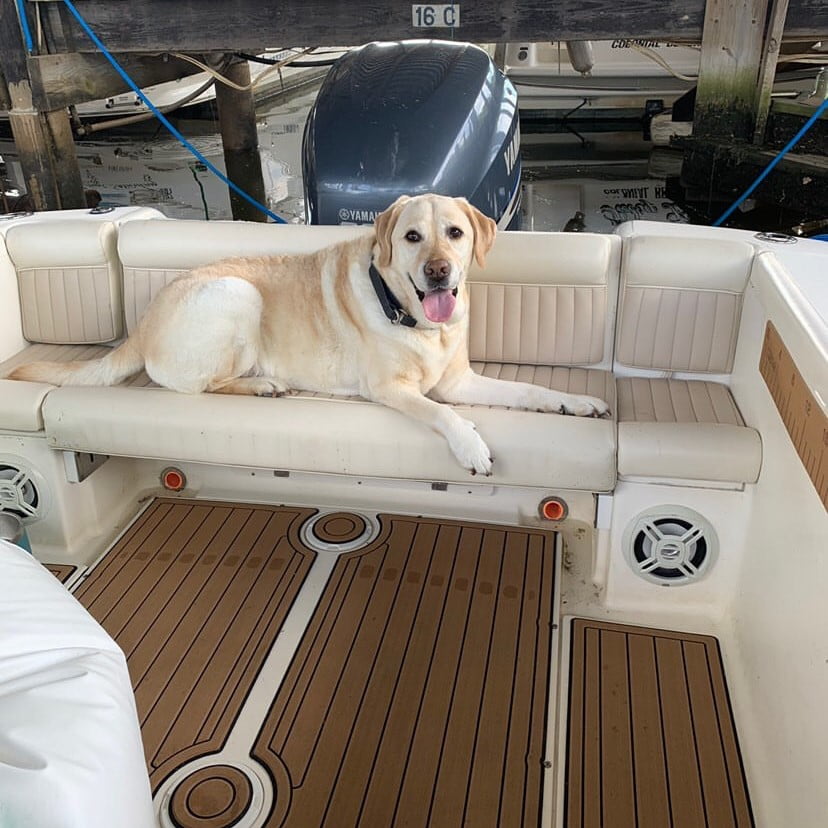 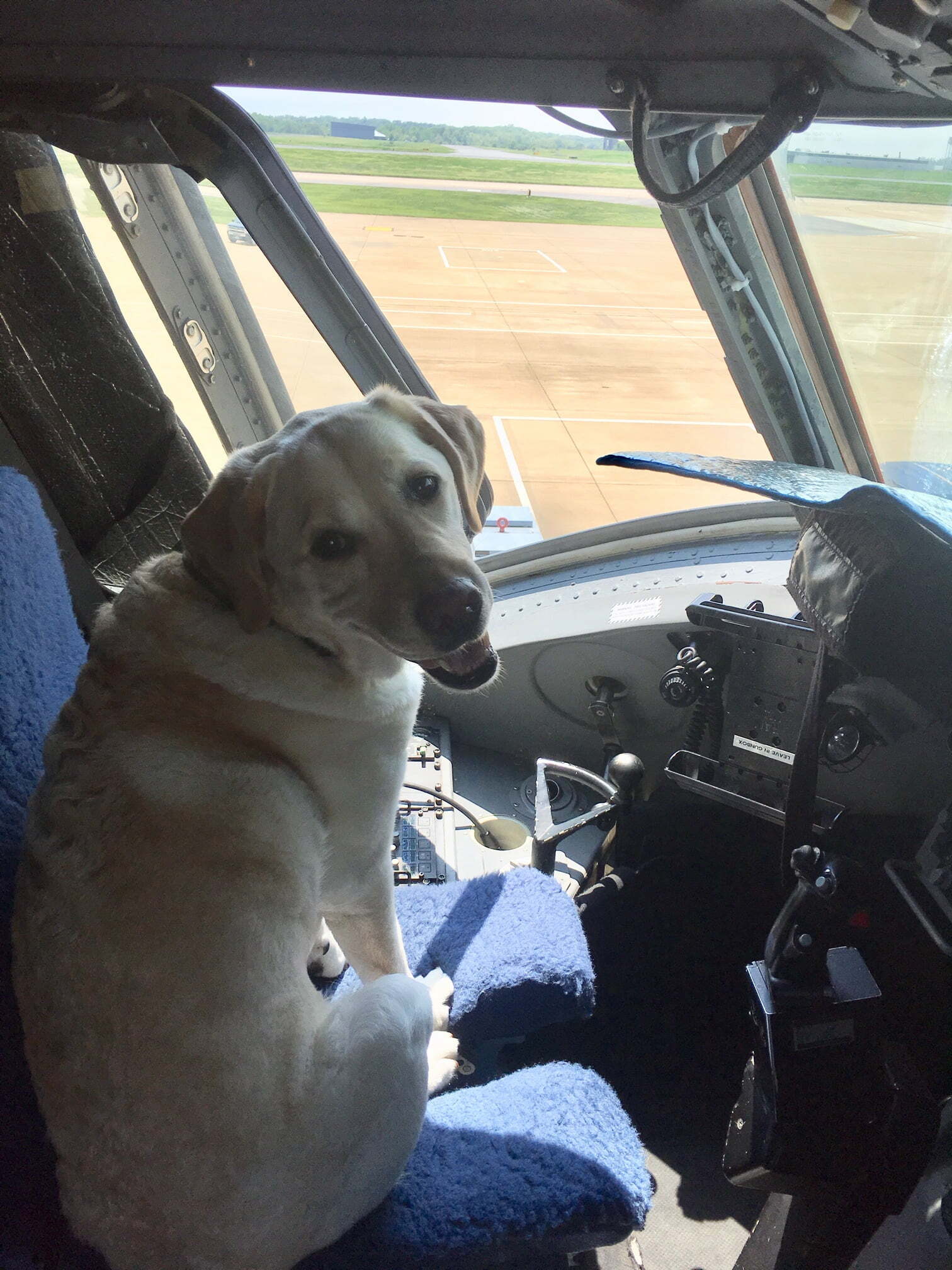 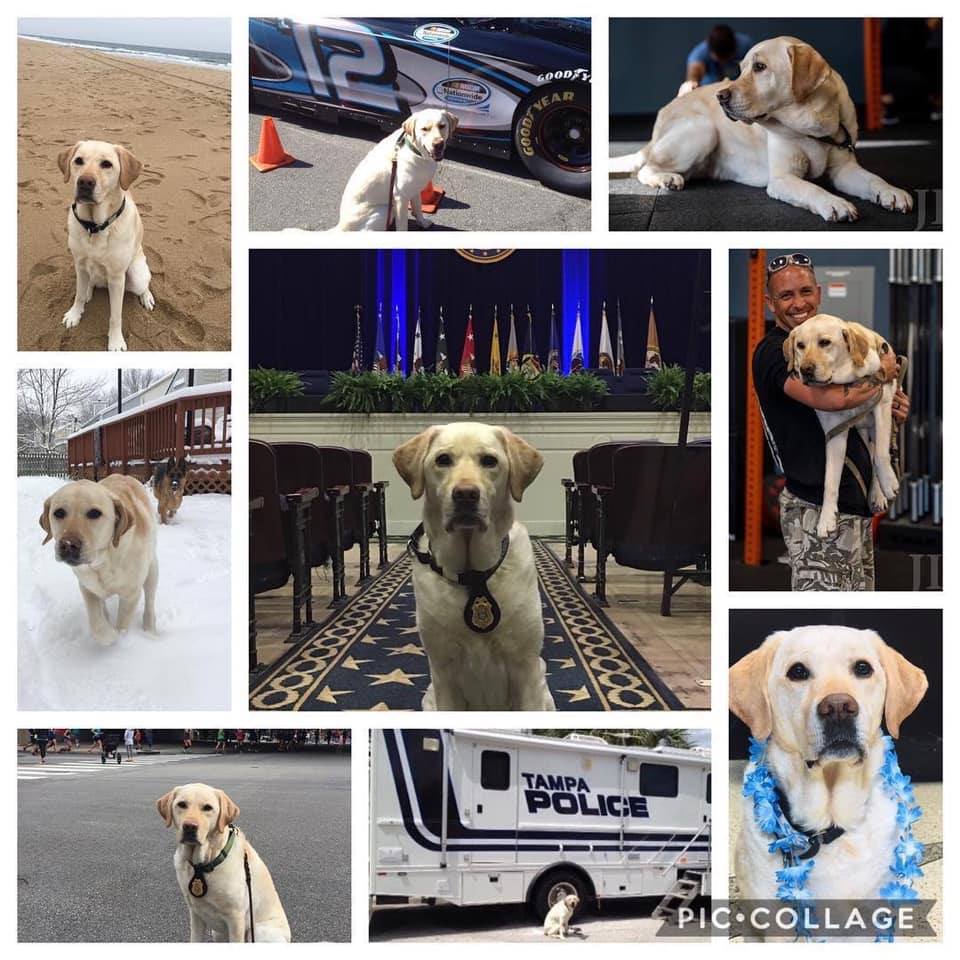 At 6 months old Bob’s breeders donated him and his litter mates to Puppies Behind Bars, a program in the NY prison system which trains puppies for wounded warriors and explosive detection. After 6 months at the Orange County Correctional Facility in NY working with his trainer inmate, Bob was chosen by The AFT (Bureau of Alcohol, Tobacco, Firearms, and Explosives) to become an Explosive Detection Canine.

On January 12, 2012, I was assigned Bob as my partner and working together, Bob graduated ATF Explosive Detection Canine Class 097 in spring 2012. Once certified as an Explosive Detection Team, Bob and I began our primary mission with the National Geospatial-Intelligence Agency (NGA) and became part of ATF’s National Response Team.

Throughout his career, Bob held certifications with ATF, IPWDA, NPWDA, and USPCA. While at NGA Bob was often found in 1 of 2 places….. lying around the remote inspection facility while he waiting for trucks to come in to be searched…… or walking around inside the building like a rock star visiting all his friends here in the building. After just a couple of infamous pictures of Bob looking over a map with the Executive Director of the agency and several family days, Bob became quite the celebrity around NGA. Bob never let his newfound fame go to his head though…… He took his job seriously. Bob has not only completed thousands of sweeps at NGA, but he has also conducted sweeps for the Republican candidates at the RNC, Vice President Pence’s visit to NGA, Multiple Marine Corps Marathons, and many bomb threats in the Northern VA area. Bob has also participated in over a dozen career days at local schools in VA and MD. Whether it was an afternoon reading a book to the elementary school kids or teaching the middle and high-schoolers about his career in Explosive Detection, Bob made an impact on everyone. I could not have asked for a better partner.

In his retirement, Bob will continue to live with my family and spend most of his time lying around the house on the sofa or relaxing in his favorite chair. I know he’ll be jealous of my new dog so Bob will accompany me on the weekends to Starbucks, the gym, or a day on the boat……. some special trips for just him.

To make a donation in support of the Veterinary Care Program at supports Bob’s medical expenses click the link below. You can make a one-time donation, schedule a recurring gift, and even direct your gift to a specific dog: